This weekend we released the Skatepark of Tampa 20 Year Anniversary Moat Water Decks at SPoT Ybor... The streets of Ybor have the best parade of characters. This nice man insisted on showing his muscles when I asked to shoot a photo of his interesting setup on his bike. He called me his superhero after I took this. Our little block on 7th. Justin's here early to make sure he doesn't miss out on a deck or a sip of Moat Water. HiDefJoe and Justin are shredding the new seats at The Bricks. Justin and HiDefJoe, patiently waiting for a Moat Water ply. Will's in for a deck and poster. Tom
Tom is taking care of things behind the counter. Thanks for stopping by. Andrew from The Bricks in between filling me with sauce. Of course the king of accumulating, Nick Halkias, got his.

While they last, you can get your deck here: 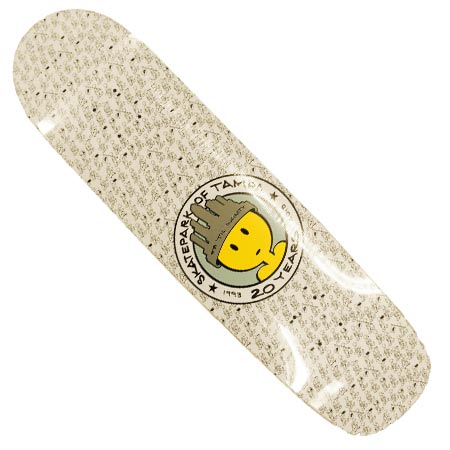