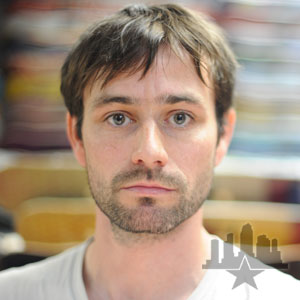 The Ride Channel has an interview with John for the premiere episode of Weekend Buzz.

Just as the Finals ended in Copenhagen, John Rattray took a hard slam on the fish tank wall and split his chin open. He had to go to the hospital to get looked at and ended up with stitches. I asked John how the health care over there works.

Black Box has 30 seconds of ditch skating with John.

ESPN has a video interview with John.

Black Box has footage of John in the warehouse playing a skate game he made up.

Rattray is off Osiris and now riding for eS.
View all John Rattray news.