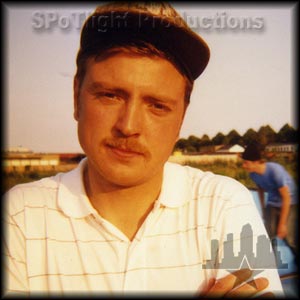 The best way to measure a skater's talent is not by how hard their tricks are, but more of how bad they make you wanna skate. Pontus Alv is the perfect example of this. Anytime he puts out footage I have to go skate immediately after watching. His new footage is no exception, The Polar Skate Co. trailer features him and his friends skating around Sweden. Filmed and edited by Pontus himself. Trust me, this is the best edit I've seen in 2012. These guys over in Sweden are on to something.

Pontus Alv is probably the best skater you've never heard of. Pontus has been killing it since the Mad Circle days in the late 90's. He also filmed, edited, and art directed his own video, In Search of the Miraculous. His part is something you just have to watch and experience for yourself. It starts off with him and his friends destroying the Train Bank Skatepark, which is their own alley way creation. Then Pontus comes in and steals the show at around three minutes into the video. There's also a new edit Pontus just released with some footage and commentary on the art of skateboarding.

Pontus interviews with the staff at Copenhangen Pro:

Emerica has some footage of Pontus.
View all Pontus Alv news.