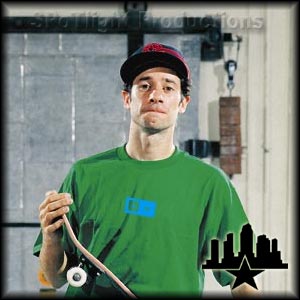 Mike Carroll and the Fourstar crew stopped by Westside's Schoolyard skate park the other day.

Mike's got a great interview at Chrome Ball. The best short attention span interviews are the Crail Tap Top 5's and Mike Carroll is the latest.

Crailtap has Top 5 with Mike where he does ollie impossible nosepick on a parking block on flat, among other things.

Mike has the cure for hangovers. Wow.
View all Mike Carroll news.