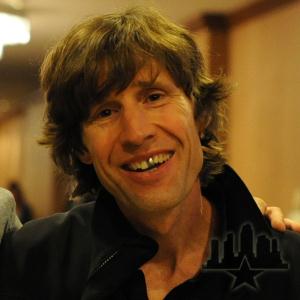 I was at the IASC Hall of Fame Awards last night and it was an amazing presence of skateboarders spanning like 50 years. Before the show started, we were wondering who this crazy Crocodile Dundee looking character is. Turns out he's a 70 year old skateboarder who was getting an award tonight. Thanks IASC for letting us in on your awards shindig. I ripped some raw footage out of HiDefJoe's camera and put together a few minutes from the show: Rodney Mullen, Woody Woodward, and Dave Duncan at the IASC Hall of Fame Awards 2013.

"It's like it taught me." Rodney's referring to his board and inventing kickflips. Check this interview by Tony Hawk:

TED is like TV for nerdy learner types. Rodney's got a spot:

Catch some history and Rodney footage in this new episode of Spots on the Ride Channel: