Most of my favorite Nike SB releases have an interesting background story, and the February Quickstrike Dunk is a great one. Drawing inspiration from the classic Thrasher Magazine cover featuring Chuck Treece, along with his band McRad, these are a celebration of Black History in sneaker form coming from Nike SB. The theme is helped by the traditional African colorway, and carried out through details like the '84 representing the year of Treece's Thrasher cover, an '86 for the year McRad's album 'Absence Of Sanity' released, and insoles that show a picture of Treece skating. The Dunks are composed of a combination of suede, canvas, and leather, and sure to get some attention when you rock them. We also have a very small number of matching t-shirts, so come early if you want to snag one.

Facebook has made some changes recently which have caused our Foot Fetish app to not function, which means you will have to line-up the old fashioned way when these go on sale Saturday February 16th at noon. We got sizes 6 through 12 on this release. But fear not, we have our digital ninja Rob Meronek behind the scenes working to resolve the issues quickly so we can implement the Foot Fetish system by the time we release the upcoming Nike SB x SPoT collaboration next month. More info on that soon. (It's gonna be CRAZY) 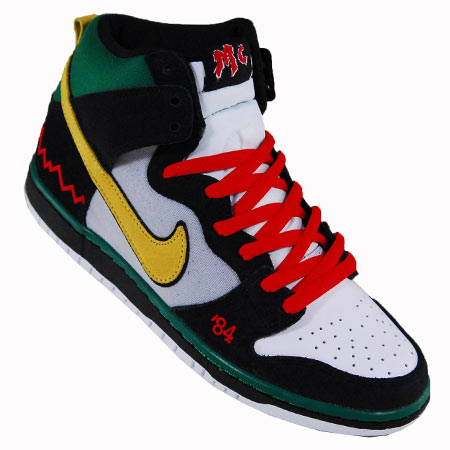