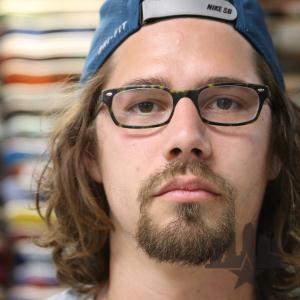 Thunder has Brock and the rest of the team at Tampa Pro:

Catch some of Justin's acting skills in this Real commercial:

REAL - Since Day One for Johnny Kick Cancer part 2.

Real - Since Day One for Johnny Kicks Cancer part 1.

I'm taking a super fast break from entering scores and taking photos to post a couple I just shot from the first heat. Check out Brock's 360 flip: And check out Torey Pudwill's girl Talisa on the major support for him in the stands. That's her on the left. That cleavage on the right needs some major support, too: