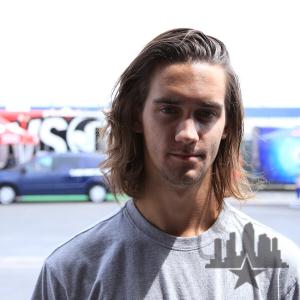 Dylan breaks it down for you on a contest Bones is having:

Check out Dylan's Sketchy Magic iPhone edit from Tampa Am 2011.

SPoT local Dylan Perry has been putting in some work in the streets. Check out his new part in "Spread The Good".

Dylan Perry has a small interview on WhatIt.be, a new website that looks like it might have some potential. Can you think of anything more boring and "yawn, who cares" than someone saying, "I got a new website!" These guys seem to be on it with the regular updates on skate, music, and art. Keep it up, dudes.