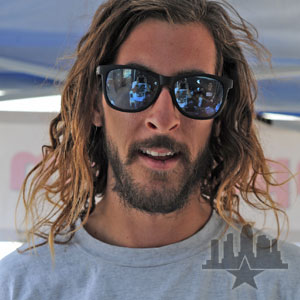 More on Justin Figueroa aka Figgy:

Damn, Figgy went through it to get that switch backside flip down that triple set:

Bake and Destroy is in progress. Figgy's set a line aside for Firing Line:

I'm usually not a fan of skaters with silly nicknames, especially when they remind me of these. But, I gotta' give it to "Figgy." This kid is pretty gnarly, and earns his tricks by taking some mean slams. Here's a clip of his b-sides from Stay Gold. More on Justin Figueroa aka Figgy: