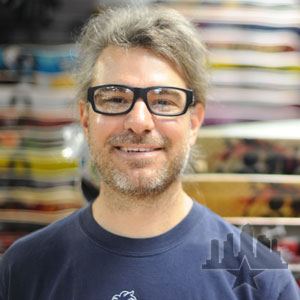 Ryan introduces the SPoT crew in the first episode of SPoT Life on the Ride Channel on YouTube:

Clem is in Tony Hawk's back yard introducing our show, SPoT Life, and gives you, the viewer and subscriber, a top secret exclusive never before seen look behind the scenes of all the hard work and proper planning that goes into a Frontside Grind Magazine cover shoot. Subscriptions to FSG Mag are by invite only. Good luck with that. However, you can subscribe to the Ride Channel here. See you on the coping, pad nanny!

Digital has footage of an arranged cage fight for Tampa Am entry fees that Clements was involved in. All he had to do was not tap out for 45 seconds. Find out if he made it or not:

Ryan Clements always goes all out on his Halloween costumes. This year, he gets the Oscar for acting like a crazy Ybor City preacher. Some people get right away that it's a joke and others just can't seem to get past their anger. His Rebel Flag belt buckle isn't helping matters. Check out a small sample of the amazing characters we encounter on 7th Avenue during Guavaween including a near fight with a roofer kid bragging about his GPA. I shot this on an iPhone 4S and edited in Premiere.

In this interview with Ryan Clements about Street League, he goes over everything from our relationship with Dyrdek to thoughts on the format and Street League itself. I like these words from Fuel: When word of Street League exclusivity began to surface earlier this year, many wondered how it would impact skateboarding’s most sacred contest. Namely, it didn’t matter who you were or how much cheddar you were offering, you can’t f*** with the Tampa Pro.

Ryan Clements was recently in China. If only there was a way to tail block the Great Wall of China. Oh well, he'll have to settle for the indoor course at Woodward Beijing.
View all Ryan Clements news.