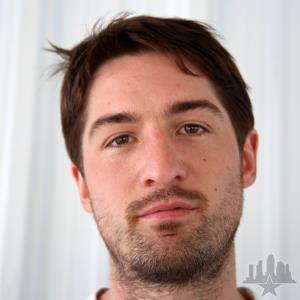 Here's a minute of Jake footage, killing it:

Gravis has some footage of Jake in the style that you 25+ skaters are nostalgic about:

Jake Johnson and the rest of the Map Masquerade crew get down in Albuquerque, New Mexico.

Jake and the workshop friends skate everything on Fatback:

Jake Johnson is the best am out right now. I really admire the few skaters out there who have no regards for oncoming traffic. If you want more proof just check out the video below. Oh and be careful skating that last spot, don't wanna end up like this guy.