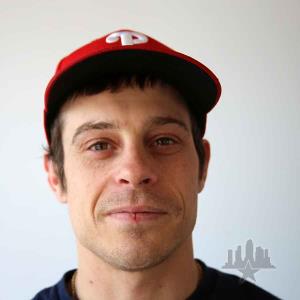 Nick starts on flat and ends on a rail in his Firing Line:

Nick caps off his XGames Real Street part with that giant switch flip he's known for: