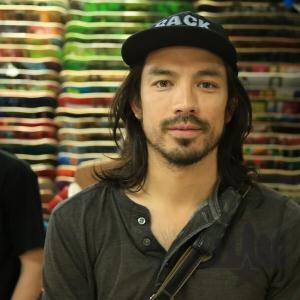 We're not travelling too far back in time this week, maybe only a year or two. It's just these Lost and Found clips of Kenny Anderson looked so good I couldn't help but post them today. That said, In honor of Throwback Tuesday you should go watch Kenny's 411 profile, where he kills the now deceased ledge to bank at the Bro Bowl

Kenny takes us back to his first visit to Skatepark of Tampa in 1996, while riding for Planet Earth. He then comments on how Stevie Williams and Mike Peterson, with two completely different styles of skating, get the same respect while under the roof of SPoT. Kenny also discusses the high caliber of skating when Elijah Berle won Tampa Am 2010, along with Dennis Busenitz's winning run at Tampa Pro 2011. And let's not forget that The Perfect Man himself placed 9th in 2001. Sit back, enjoy episode eight, and be prepared for the remaining episodes, once a week on Wednesdays through Tampa Pro, March 22 - 24, 2013.

Follow Kenny as he nose manuals from LA to Vegas in this amazing short film:
View all Kenny Anderson news.