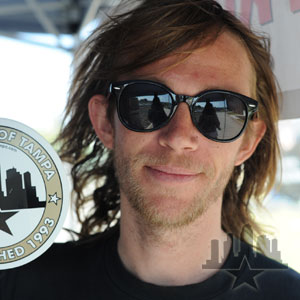 Bryan's new shoe is out now and we have it here. Check out video of Bryan and the G6:

Bryan explains his new shoe and kills it in between:

Here's another Emerica B-Side edit, this time with Bryan Herman. I can't believe some of the tricks in here didn't make his part. He almost got away with a gnarly one at Ybor's Ghetto Gap.