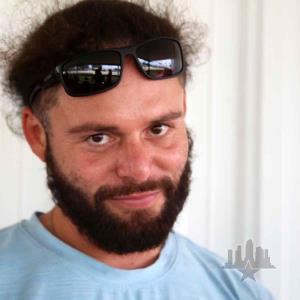 Piro leads the way in this clip of Paradise flow riders:

Piro Sierra just dropped a part in collaboration with SLAP and Paradise Wheels. Filmed all in NYC, Piro hits up some new and old spots in unique ways. It's nice to see a part that is all lines and not a bunch of single tricks randomly thrown together. Piro is the real deal, and his footage proves it. Clem recently asked me if we could do an athlete trade for Piro. He suggested asking Westside if they’d accept Giles and Lehman for him. Something’s up.

You might know Piro Sierra from being champion of local SPoT All Ages Contests. He's doing his sponsors right with a highly entertaining video involving a sales pitch looking like Jake Brown 12 beers deep which also includes some ripping skating mixed in. Blind and our friends at Westside Skate Shop need to start sending Piro to places. How about Damn Am Minneapolis next month? Or even AmsterDamn Am in June. You got a spot if you can get yourself there, Piro. Check out his pitch that makes you want to go get some Resin pop right now. "Even the pictures last a little longer."
View all Piro Sierra news.