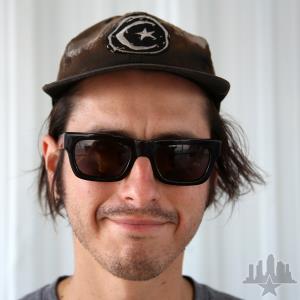 One trick from Leo and a look at his new shoe:

Leo's up on Firing Line:

Leo is one of many on the team at Bro Style. Check the intro team video:

Some instadrama going down between pros, thanks to the tip from Quartersnacks:

A montage of Leo going up:

Leo destroys a hubba with one of those terrible "stop you in your tracks" sidewalk cut pads in front of it.
View all Leo Romero news.