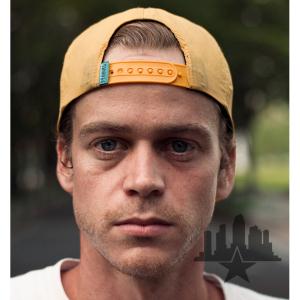 This just in, Brad Cromer won skateboarding! It's official, we have a winner. First, he drops eight minutes of "bonus" footage. Yes, eight minutes. Eight minutes of raw footage that rivals anyone else's best footage. That's amazing and all, but the real kicker is the photo to the left. The triangle monument is located right in downtown Miami, which means every pro that's ever been to Miami has been there. Which means it's impossible for me to explain how ridiculous this kickflip is. If you've been there, you know. Well done Brad.
1226

Traveling cross country in a van with just a skateboard and your friends should be a rite of passage for all skaters. Brad Cromer, Jake Donnelly, and a crew of others made the trek. They also documented the whole trip, turning it into a full video. 5 weeks, 10 guys, 1 van, 3700 miles, and one crazy accident to end it all.
View all Brad Cromer news.