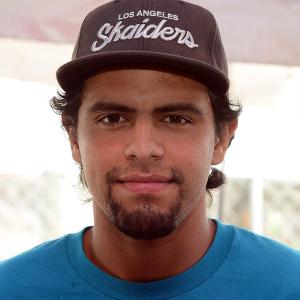 Vincent is next up on Crailtap's Lost and Filmed:

There are several lines in Vincent's Double Rock, but not one single push. Wow.

Vincent's next up on Thrasher's Firing Line:

We would like to welcome Dickies to the Shop. The first person I ever saw repping Dickies hard was Bo Turner in the early 90's. They've been a staple in skateboading ever since and now it's nice to see they've finally got a skate program and some quality gear in our Shop. Catch Vincent Alvarez and the rest of the Dickies crew ripping at some DIY LA spots for the Dickies catalog shoot:

Kenny Anderson, Vincent Alvarez, and guest Brian Anderson kill a demo with the rest of the chocolate team in Costa Rica

Spend a day with Vincent Alvarez as he shows you around L.A.

Vincent in the Hard Times trailer:

An amazing commercial with Vincent in it:

Chocolate has footage, ads, and Vincent's official pro models. I remember less than three short years ago when he showed up as a Chocolate flow guy in Tampa Am and left an amazing first impression on everyone. Congrats, Vincent. Chocolate has some footage of Vincent Alvarez shredding SF, with Brian Anderson making a stylish appearance. Vince has a mini Top 5 at Crailtap.