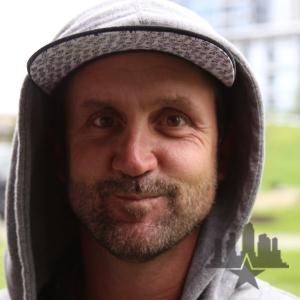 Notes: Schaefer started this place in 1993 and lived here while it got off the ground. Then he went and started a bar in Ybor called The Bricks. Find him there and he'll most likely buy you a beer and then bus your table.

Schaefer poured his heart and soul into the making of Moat Water and the SPoT 20 Year Anniversary Lance Mountain Decks. Check the story behind it and how it was done here:

Ride Channel has another Spots show on the history of SPoT, this time focusing on when we had the loop here: SPoT History, Loop Knockouts, and Mike Frazier.

It's amazing how Schaefer ran things in the early days of SPoT. From the boxing matches on the vert ramp flat bottom to jumping off the roof into the Moat, here's the history of SPoT and how it started in 1993:

Schaefer hosts another episode of SPoT Life, this time from Detroit:

New Year's Day started out mellow at Seamus' ramp until Schaefer brought gasoline to the fireworks pit. Here's a minute of it and how the world ended in 2012 with a huge explosion on the flat bottom. Happy 2012!