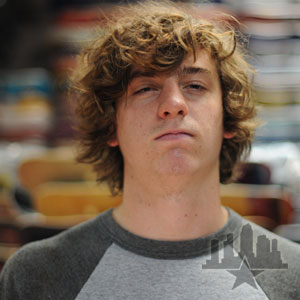 Cory on Koston's influence and the Chomp ollie:

Cory's got a micro mini-ramp that looks like a damn good time. Usually only rappers build ramps that small then they top it off with a roll in/bank into it.

Thrasher has a serious pileup with Cory in the Hall of Meat:

Thrasher has the secret of Cory's Merlin Flip.

Crailtap has an amazing sequence of Cory in his new Girl ad.

Cory is texting at the Berrics.

Check out some Cory Kennedy footage.

Check out Cory's Bangin' on the Berrics.