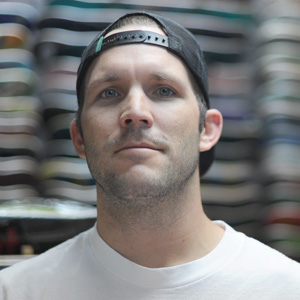 Ed Selego's part in Rising remains one of my favorite parts of all time. Ed was doing the gnarliest tricks on spots I could actually relate to, mainly because they were right under my nose in Tampa. Then you've got Superchunk's amazing song, "Precision Auto." It works so well with the skating it feels like they made it specifically for his part. I still have my original VHS copy of Rising, and not only that, it somehow was autographed by Brian Howard and Matt Milligan. True story.

Ed's part from One Step Beyond is on Thrasher's Classics.

Josh Stewart posted an alternate edit of Ed Selego's part from the MIA video. It's nice to see Ed skating to The Pixies, but unfortunately a cover of the same song was used in Blueprint's "Make Friends With The Colour Blue" so the idea was scrapped.

Ed is off Habitat and now on Rasa Libre.

Ed is in a game of SKATE with Forrest Kirby at Josh Stewart's site.
View all Ed Selego news.