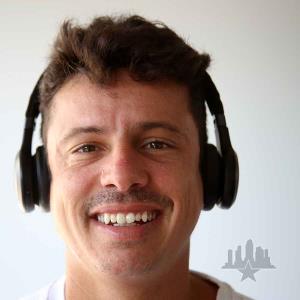 Here's how it was done:

Originally from Brazil, Luan dreamed of making it to the good 'ol USA with skating Tampa Am as a priority. Luan knew anything was possible following the success story of fellow Brazilian skateboarder, Felipe Gustavo, winning Tampa Am 2007. Following Felipe's path to Tampa, Flip Skateboards brought him over to take the win at Tampa Am 2008. Luan set records by also taking the win again during Tampa Am 2009. Enjoy Luan's experience and be certain there will be many more Brazilians following in his path.

Luan's got tech and power in his Firing Line:

I think Gary Rogers just one upped the acting skills of Luan and P-Rod: