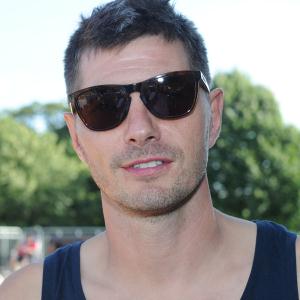 This year is Rune Glifberg's Silver Anniversary on wood and wheels. I hope you all make it that deep. He's got a few words and some footage from him hometown here in this footage from Simon:

From the Volcom press release: This weekend Rune Glifberg is celebrating his Silver Anniversary (25 years of skateboarding) on June 18 2011 at Fælledparken - a place where he's been skating since 1988! - in Copenhagen, Denmark. Rune will unite the local community with this day of skating celebration. Inviting all of the legendary skateboarders he knows to join in the action, chucking in a heap of great music and small side events into the mix. The Silver Anniversary is surely going to be a legendary event and a fitting tribute to the man himself. The concept behind the event is to create the biggest and most fun demonstration that Copenhagen has seen in years, and possibly ever. It's history in the making, and a celebration of skateboarding in its truest form; a place for everyone to hang out, eat, drink and skate. Rune interviews with the staff at Copenhagen Pro:

European Car magazine did an article about Rune.