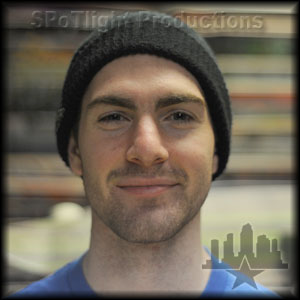 You would think Mike Mo might end up cheesing it out on a Dr Pepper commercial, but this is actually done pretty good:

Mike Mo's new DC shoe is out and DC has a commercial with his switch flip from the ad:

Mike Mo and Carroll are interviewed by Will Arnett in a Pretty Sweet teaser:

Crailtap speculates that this age 11 laundry line folder slam Mike Mo took could explain his avoidance on the rails:

In just over 24 hours, we flew to LA, went straight to Mike Mo's house at midnight, and proceeded straight to his local sketchy bar in Simi-Valley. After shutting that weird joint down with a raging glow stick session, we set up camp in Mo's living room, woke him up at the ass crack of noon, and headed to the Girl/Chocolate facility. After a quick session there and a photo session for the fake Frontside Grind Magazine, we barged Tony Hawk's house. What a day's adventure: .

Mike Mo tells you where we'll all digitally be this weekend for Tampa Pro:
View all Mike Mo Capaldi news.