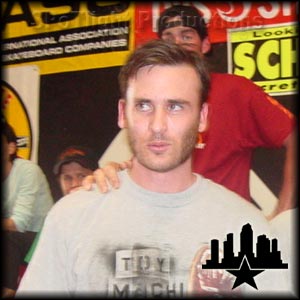 Ed is up next on SPoT's "20" Year Experience. He has some of his SPoT trophies from the early 90's and takes us back to some amazing stories from the early days of Tampa Pro, including how Skatepark of Tampa played a part in the development of Toy Machine. Thank you for the nice words Ed and see you at Tampa Pro.

Jump off a Memory is an amazing compilation of footage spanning Ed's long career:

Ed rolls with a Leica M6 and has an interview on the Leica site about his photography, art, and skate career:

A classic Templeton move over a sketchy pyramid:

Ed started Toy Machine. Transworld has an interview with him about that and more history in skateboarding:

I got an email from Ed Templeton with the subject "Tampa Old." Attached to the email with no words were these amazing photos. Come skate with Ed Templeton, Andrew Reynolds, Bryan Herman, and Marquis Preston on Sunday afteroon at SPoT then join us on Monday at 11:30am for Wild in the Streets on Go Skateboarding Day.