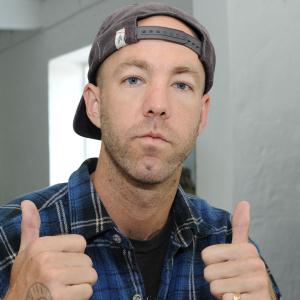 AlBow aka MP3J, just like all of us in South Florida this weekend, was super hyped to see Andrew Reynolds in town. So, this week he has a special Boss Kit edition for you on A Case of the Mondays.

Over a decade ago, Officer Perry, a friend of ours through his son who was a local at the Park, arrested Andrew Reynolds at Tampa Pro. Officer Perry had no idea who he was. Andrew did what he could to get out of it while in the back of the police car, using the fact that he's a pro skater in video games and with his own shoe. I got the story right from the source today as Officer Perry stopped by to visit the Park. What a great Tampa Pro memory from over the years. Tampa Pro 2013 is next month. Get the full schedule here and will call tickets at skateparkoftampa.com/tickets. It's not just the 19th Annual Tampa Pro, it's 20 years of Skatepark of Tampa and we want you here to be a part of it from March 22 - 24.

Andrew talks about the first time he came to SPoT when he was 15, growing up 30 minutes away in Lakeland, meeting Jeff Lenoce here, and all the history he's experienced at Skatepark of Tampa leading up to today. Andrew won Tampa Pro two times in a row back in '97 and '98. We all wondered why he skipped the following year, and now he breaks it down for us.
View all Andrew Reynolds news.